Oasis Too is a 58′ 5-berth shared ownership narrowboat. She is fully owned and managed by us, a friendly group of 12 owners.

We are dog friendly and smoke free

After 3 years of being moored at Norbury Junction on the Shropshire Union Canal, Oasis Too was taken to Aqueduct Marina at Church Minshull in October 2012 to have a back to metal repaint by Andy Russell.

After 2 years at Alvecote Marina and the fitting of a Brand New Barrus Shire Engine, she moved to Aston Marina in November 2013. We transferred to Ventnor Marina on the Grand Union Canal in January 2017 and have now moved to Swanley on the Llangollen canal. 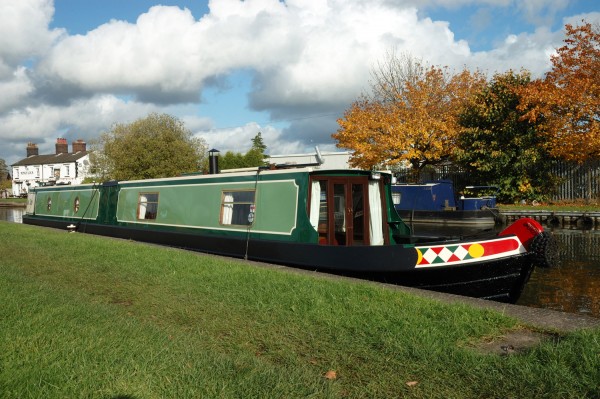